Welcome to my art blog

A self-taught artist, I have always been drawn towards the macabre. Born a twin on Christmas Eve 1964 in Montreal, my twin died several months after birth. This became a large influence in my creative process; isolation, detachment, duality, haunted visions coming from this astral being that I am forever tethered to.
Art has always been my way to process and filter what I come across, what I am subjected to, or what I subject myself to each day; a way for me to exorcise the demons on my shoulder. The paintings are empathic, often inspired by the individual’s strength in the face of their own weakness. The common thread in all of my works is survival of self.

If a viewer is made uncomfortable by my work, then I have done my job as an artist. I have touched something within them that they are not comfortable with. I want to elicit a visceral response but maintain a sense of the absurd, creating works that are both intensely horrifically personal and humourous.

I am inspired by artists that have celebrated the grotesque: Hieronymus Bosch, Joe Coleman, Otto Dix and George Grosz.

This blog is a progression of my work, works in progress, random thoughts etc. You can join me on Facebook or view a gallery of my work on Flickr at:

Bad Kitty is now completed and features the reappearance of the glyphs from the "My Inner Child Is A Serial Killer" series. 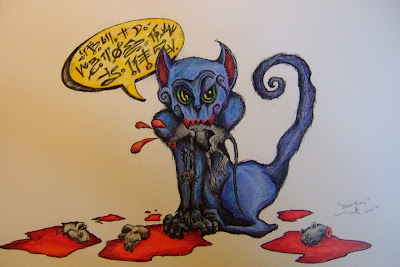 I think I've satiated my need to get some quick drawings out, and I'm still debating on posting the full image of "Control Freak"... I tend to unfortunately get inspired by all forms of human fuckery and can apparently be somewhat naive in my trust that people are compelled to behave with honesty and integrity. Long story short, they usually don't and I get to see a glimpse behind the mask, the ugly side of human spirit, and I am compelled to exorcise it from my brain in the form of art.
Sometime the people who have inspired a piece will see themselves in it, even though it is not a caricature of them and is never done out of malice, spite or the desire to hurt... it is something that I have seen, a flash, a brief view, an empathic snapshot of their inner workings that create my art. I build on the idea and eventually the piece takes on a life of its own and tells its own story.
So I won't post "Control Freak" right now. I've posted a small bit of it, both on my Facebook page and in this blog, but I don't like to show all my cards.
Bad Kitty was inspired from "Control Freak" which features a kitty under a chair with a mouse in its mouth. There are also many marionettes in "Control Freak". It really is quite funny and spectacular and you will have to come to my next show to see it.
I've taken a step back from painting in recent weeks... rediscovering my love of drawing, working in new mediums like clay. I needed to step back and get inspired again. Time to finish up some old visions that are half completed, and produce some new paintings.
Posted by Grant Cunningham at 7:40 AM No comments: 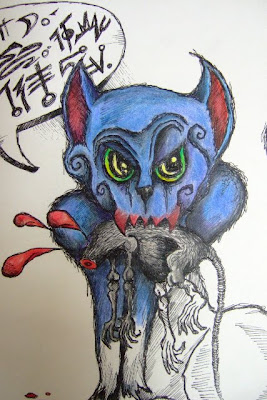 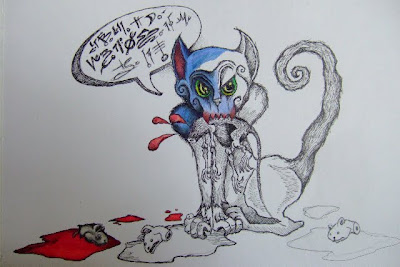 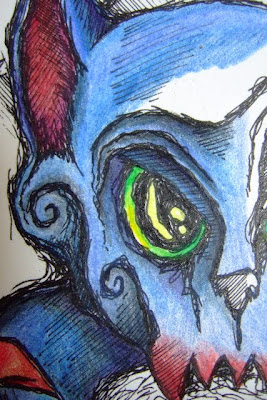 Posted by Grant Cunningham at 1:17 PM No comments:

The Start of A Drawing 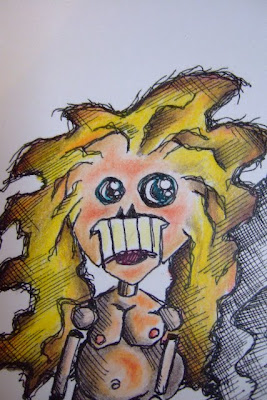 Here's a small section of a larger piece.
Posted by Grant Cunningham at 10:42 AM No comments:

Sculpture is still very new to me, but liking at how it's progressing. The Devil Dog (which actually started out as a cat) is undergoing it's first layer of acrylic. My previous demon sculpture was done using enamels, but it didn't turn out as glossy as I would have liked. Devil Dog is going to be varnished with one of those hardcore super glossy varnishes. I've also started another new small sculpture piece... I'm trying to bring some of my characters out of the canvas, but at the same time trying to inject my sense of humour into this piece. 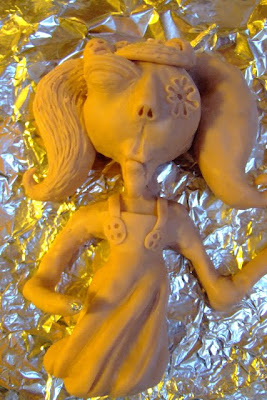 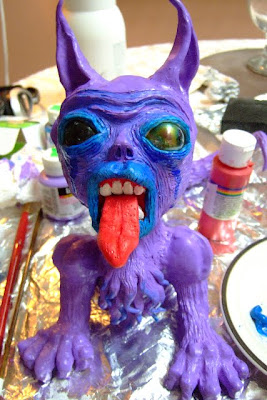 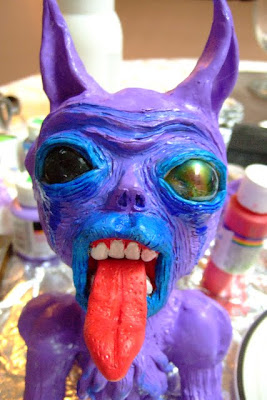 Posted by Grant Cunningham at 5:49 AM No comments: 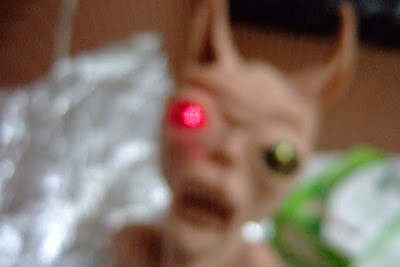 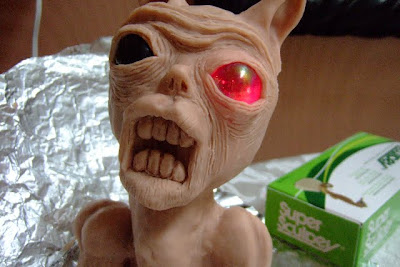 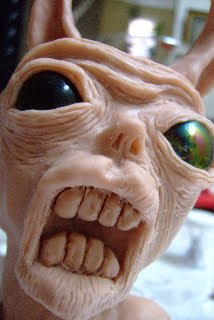 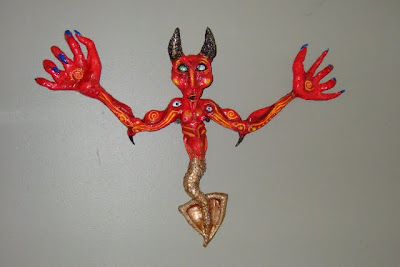 My demon sculpture is finally finished and hanging up. The cat sculpture is evolving.
Posted by Grant Cunningham at 1:28 PM No comments: 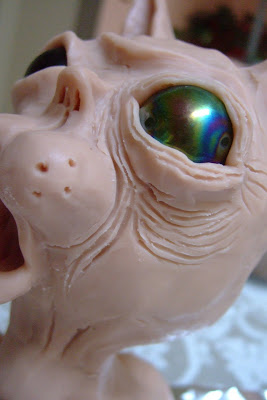 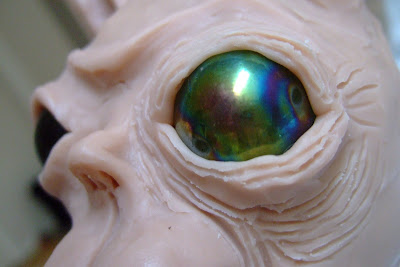 The tentative first steps of a new piece.
Posted by Grant Cunningham at 5:33 AM No comments: